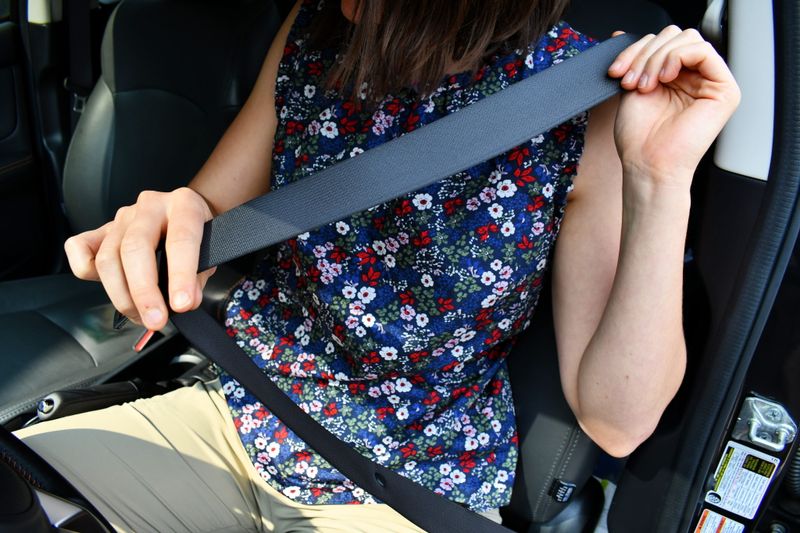 36% of drivers tend to drive without seat belts.

Despite regular information campaigns and accident statistics, 36% of drivers tend to drive without seat belts - 28% do it rarely, 5% - often, and 3% - regularly. Another 4% admit that they wear seat belts themselves, but their passengers do not, according to the "Carlsberg 0.0 Responsible Driving Index". The study confirms that men (32% - rarely, 7% often) do not wear seat belts more often than women (23% - rarely, 3% - often), but women are more likely to turn a blind eye to passengers not wearing seat belts in their car (5%, while men - 3% ).

Comparing the results of the study with the data of 2021, we can conclude that the situation has not significantly improved - last year 6% of drivers expressed the opinion that passengers do not need to wear seat belts. Various studies by the responsible authorities confirm that there is a significant difference in how passengers behave when sitting in the front and how they behave in the back. Different reasons why people tend not to use seat belts have also been identified, for example, they believe that they are inconvenient, they trust the driver, etc.

The Road Traffic Safety Plan for 2021-2027 also mentions that despite the requirements of the Road Traffic Rules to use seat belts, in EU countries that actively control the use of seat belts, they are used only in 90% of the front seats and 71% of the rear seats. The European Road Safety Council estimates that, for example, in 2012, 900 road users' deaths could have been avoided if 99% of passengers had worn seat belts, and this could have been achieved by warning drivers to use seat belts in all seats.

"The time when there were no seat belts in cars is long gone, and nowadays, when all cars are equipped with them, there is no reason not to wear a seat belt. Observing the habits of drivers, we can conclude that seat belts are used more often (and passengers are also reminded) by those who have experienced an accident, although in fact every driver should be aware of how many lives seat belts have saved. For the most modern cars, they are connected to other safety systems, such as airbags," says Jānis Vanks, director of the Safe Driving School.

The use of seat belts is a major issue - both drivers and passengers sin by not using them, but it is important to remember that a seat belt reduces the possibility of death or serious injury in road traffic accidents. They also reduce the force of a secondary impact (driver or passenger impact to the front panel, steering wheel, etc.) by keeping the occupants in their seats to also maximize the effectiveness of the airbags (if equipped). It is also significant that airbags are only able to perform their function and reduce injuries in conjunction with seat belts, so it is essential to always wear seat belts, especially if the car has airbags. Driving at a speed of 50 km/h, at the moment of the collision, a person who is not wearing a seat belt will move forward with a force equivalent to at least a ton, smash through the windshield or break the seat of the person sitting in front.

Jānis Vanks adds: "When it comes to the use of seat belts, we must be responsible ourselves and remind others - drivers or passengers - of their importance if we see that a sin is being committed by not using a belt."
"Carlsberg 0.0 Responsible Driving Index" is a study of the non-alcoholic beer "Carlsberg 0.0" made in cooperation with the Safe Driving School and Research Center Norstat. 1,000 Latvian residents aged 18 to 74 participated in the study, which was conducted in April.

Respondents could choose several answer options within the survey. The study was conducted with the aim of promoting responsible driving and understanding of what creates additional risks on the roads and how to prevent them.