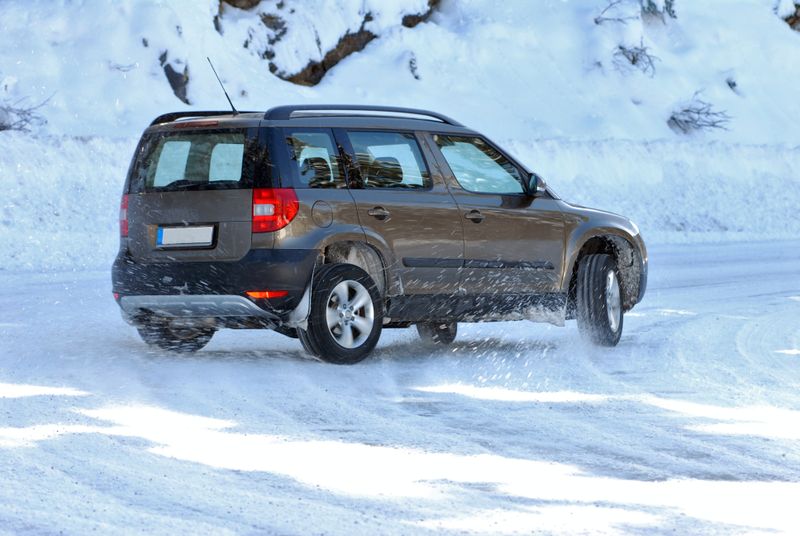 An aggressive driver can be dangerous to public traffic

In the daily traffic flow, you happen to encounter drivers who stand out with a relatively low driving culture. This can be either driving too slowly, obstructing general traffic, or driving too fast, overtaking and changing lanes frequently, creating dangerous situations and making other drivers nervous. In this article, we will find out what is considered aggressive driving, how to react to such drivers, what kind of aggression is faced during the winter season and what the consequences are.

Unreasonably high speeds, dangerous overtaking maneuvers, non-compliance with horizontal markings and distance, failure to show a turn are just some of the points considered to be aggressive driving. Aggressive driving is disregard for other road users. Drivers who drive aggressively endanger not only themselves but also other road users, but for the most part such drivers are not even aware of their actions and the risks they pose.

According to the Road Traffic Regulations, aggressive driving is defined as driving in a way that violates the Road Traffic Regulations and disrupts the smooth flow of vehicles or ignores the interests of other drivers. As well as the deliberate creation of a skid on the road or in other places where traffic is possible and riding a moped or motorcycle on one wheel and a tricycle or quadricycle on the rear wheels on roads or other places where traffic is possible.

Jānis Vanks, the director of the Safe Driving School, comments on how to react to aggressive drivers:

"The best advice is not to react! Do not personally perceive the behavior and gesture of an aggressive rider without making eye contact, keep a "cool" mind. If the aggression continues and this seriously impairs driving safety, the relevant authorities must be notified. Call the police and report back to avoid further consequences. We often see that an aggressive maneuver by one driver causes a chain reaction in other drivers that results in several aggressive maneuvers. The best we can do is not react to aggressive driving, keep a distance, miss such a driver and forget about it. ”

"Again, aggressive leaders, if they are aware of it, need to understand what caused the aggression and work with it. Most likely, the cause is not traffic, but problems in privacy. Aggressive driving is usually a psychological problem. Therefore, such drivers need to understand the cause and deal with it so that it does not result in aggressive driving and endangering the surrounding road users. ”

"It is harder for aggressive drivers who are unaware of their uncultured driving style. The police and psychologists have to work with them. Such cases are not just dangerous for traffic. Such drivers need to understand where the problem comes from, which is what drives them to drive aggressively - to treat these things so that the nervous system is stable and the driver is balanced and stable in his behavior. There is no room for aggression in traffic, traffic must be balanced and safe. ”

The deliberate aggression of the winter season.

During the winter season, some drivers are in a hurry to feel sharper and deliberately cause the car to slip, endangering other road users. The deliberate creation of a skid, which is done on public roads or in other places, such as parking lots, yards is qualified as aggressive driving. For aggressive driving, a fine of 70 - 280, - eur and 6 penalty points is provided. But if the road infrastructure is damaged, you may even have to pay for it.

It is even advisable to experience the car's behavior in slippery weather in order to understand what to do if the car suddenly slips on the road, but it is only recommended to do so on specially designed winter tracks, which are available for a reasonable rent.

If you want to acquire skills and improve your knowledge of car handling in winter, emphasizing the problem of winter - skidding. DBS invites you to apply for practical training under the guidance of a “Winter Driving Course” professional instructor and in a place suitable for such training - on the Biķernieki track. More information and dates are available HERE.

The number of administrative protocols applied for road traffic offenses is not declining. Violations are subject to both fines and penalty points. Training courses on road safety and safe driving will have to be repeated once 8 points have been recorded. It is quite possible that you will also have to attend driving behavior correction group classes. A specific decision on whether a driver should attend courses or driving behavior correction group classes is made by the Road Traffic Safety Directorate, evaluating the registered violations.

Drive safely, responsibly and balanced! Respect mutual respect and understanding on the road, thus protecting yourself and not endangering other road users!